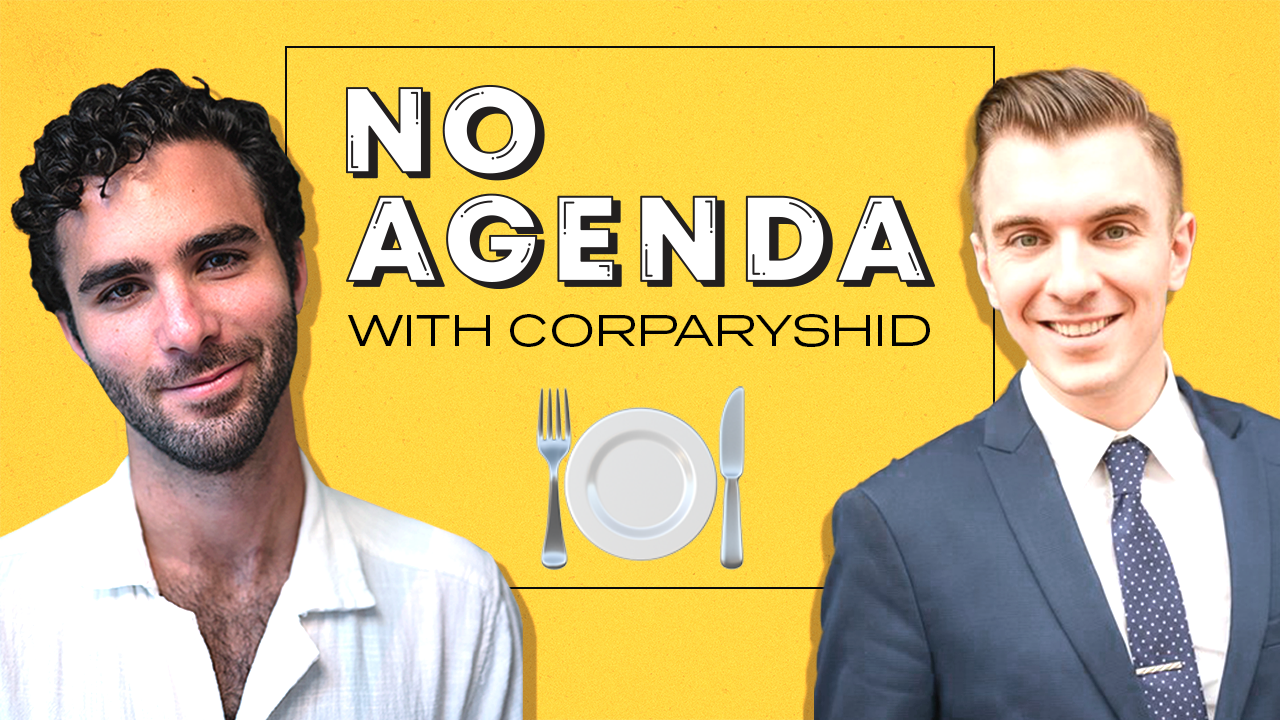 Series: No AgendaChris Lowder Teaches the Three Most-Critical Things To Know When Building a Restaurant 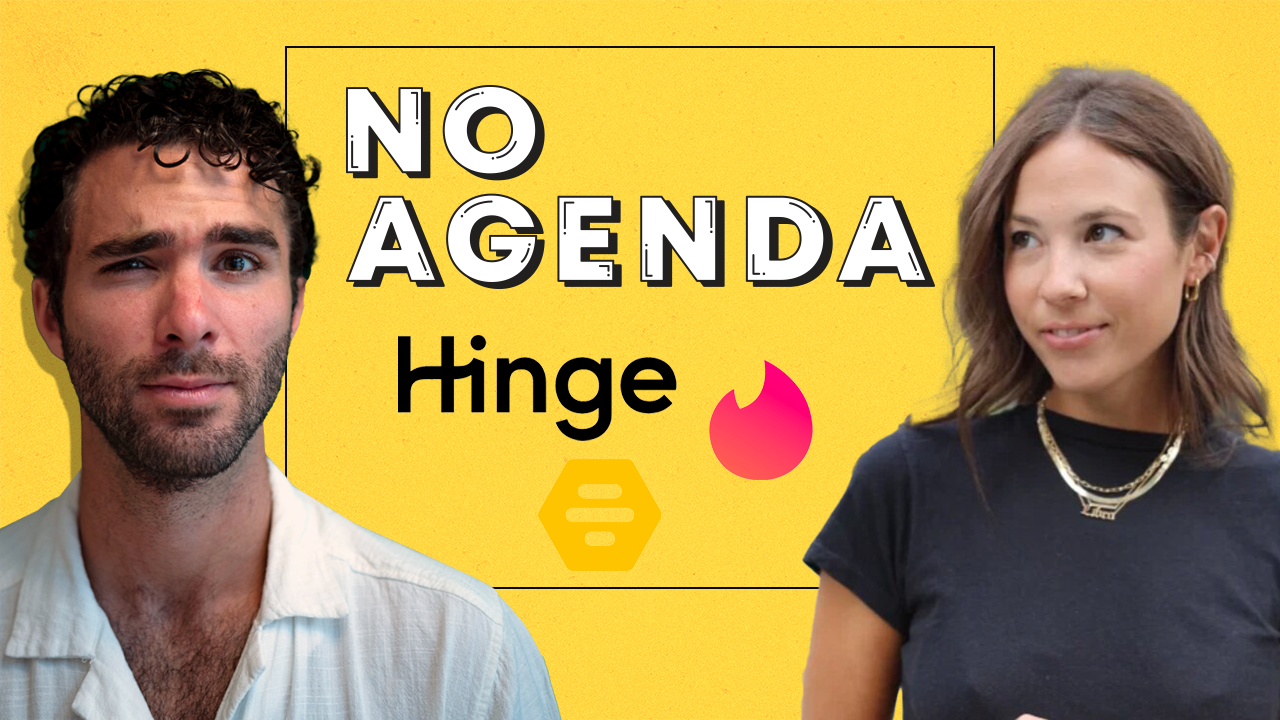 Series: No AgendaLindsey Metselaar Teaches How To Make Dating Apps Not Suck 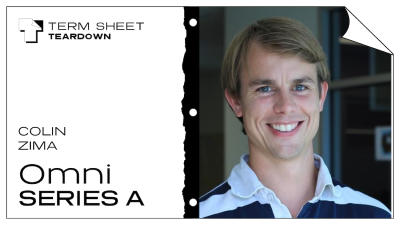 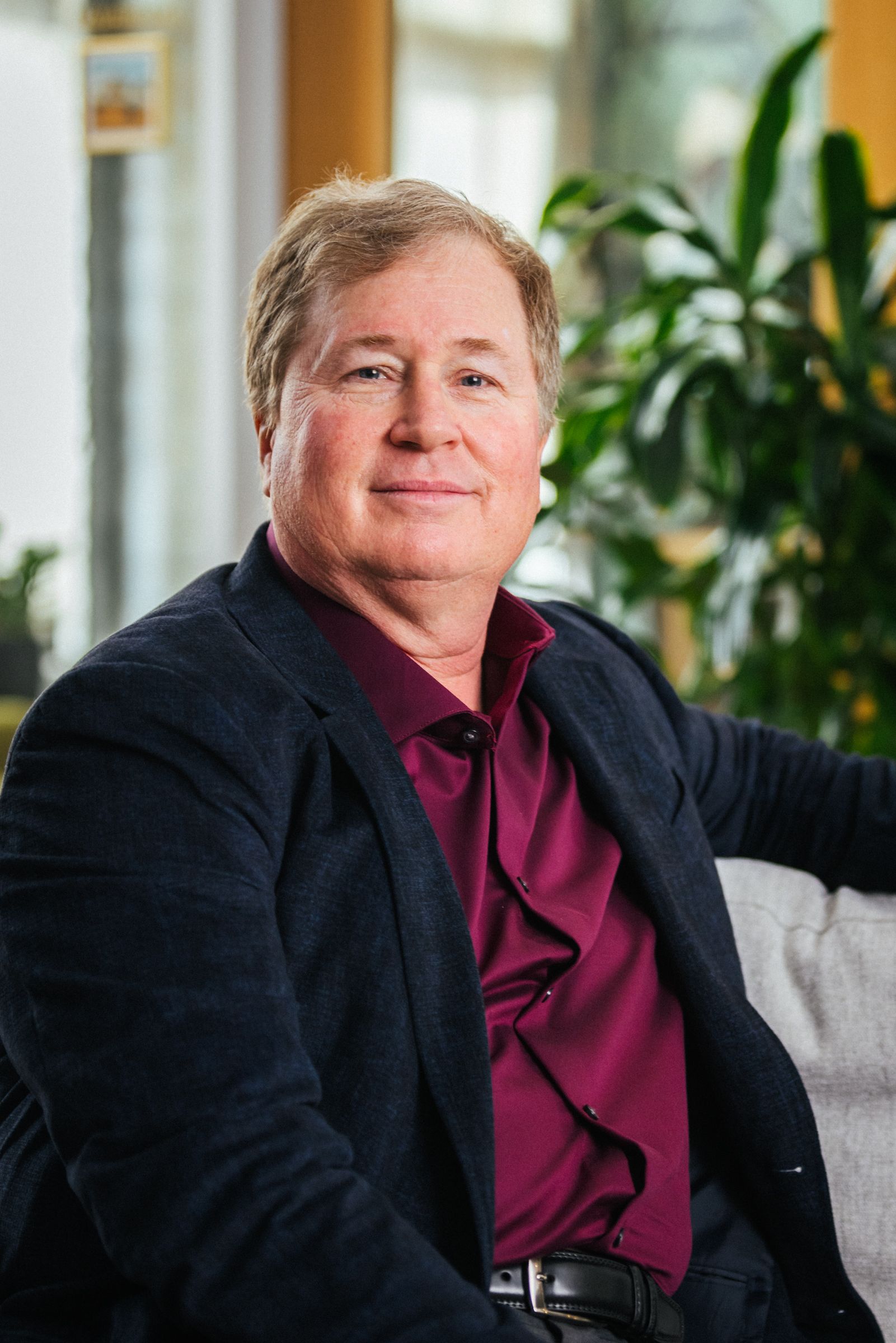 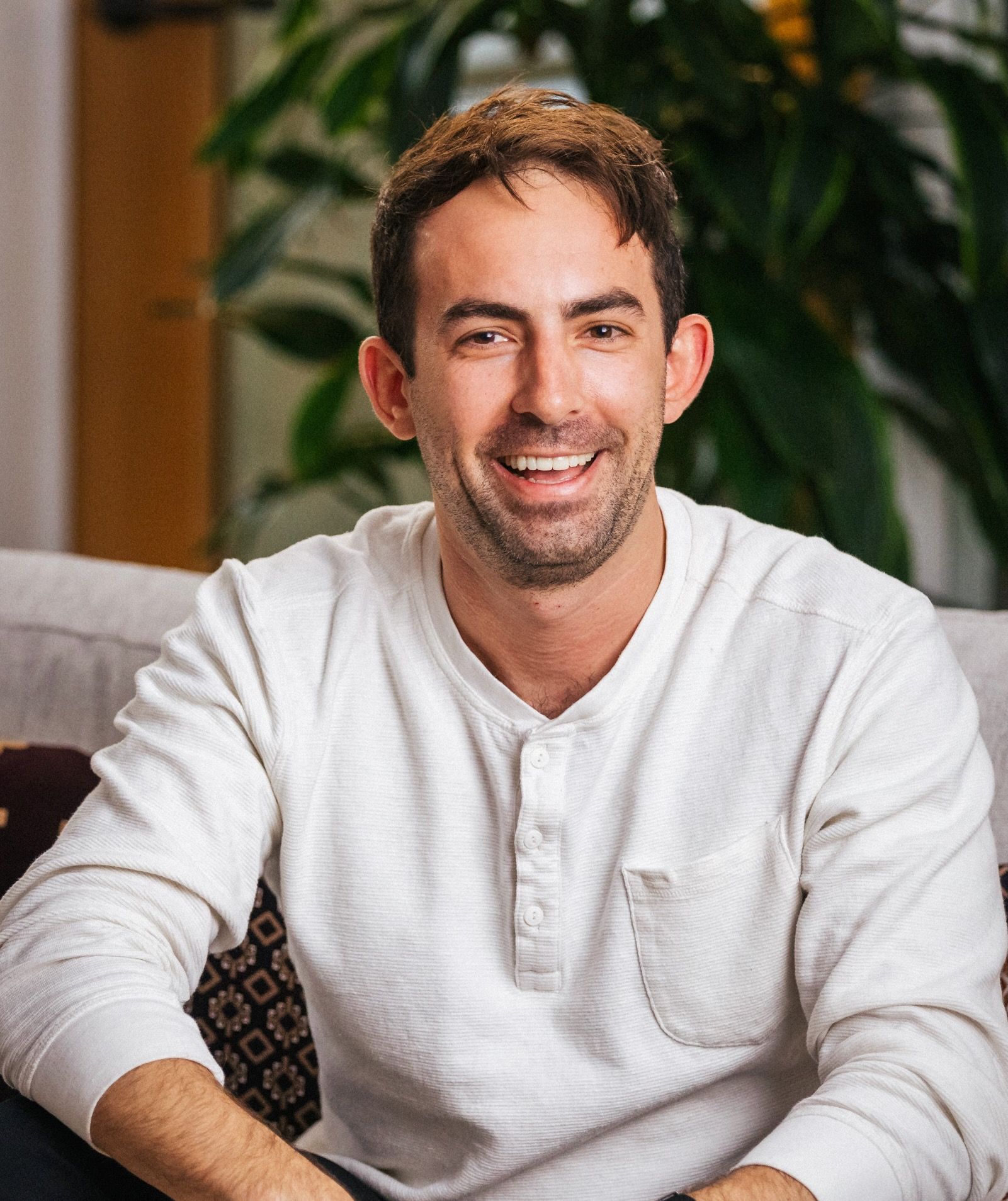 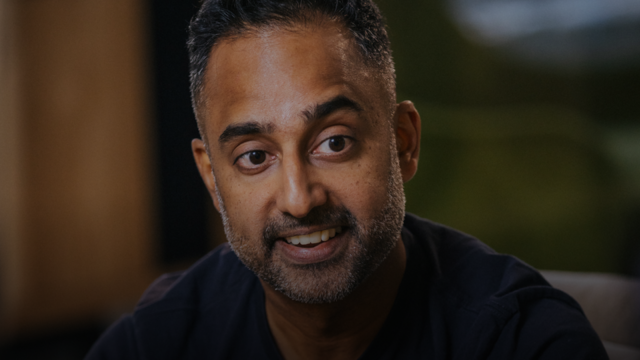 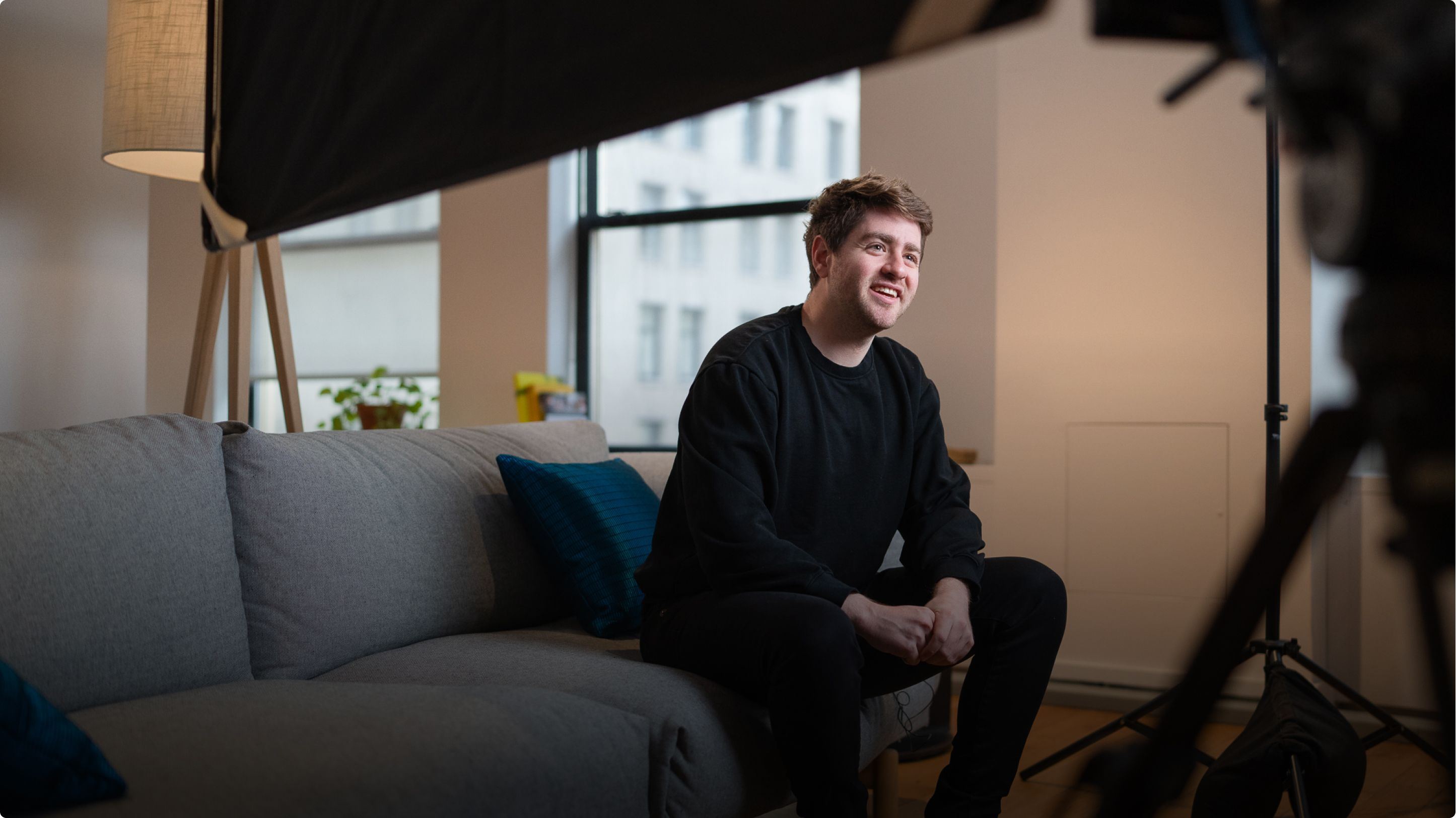 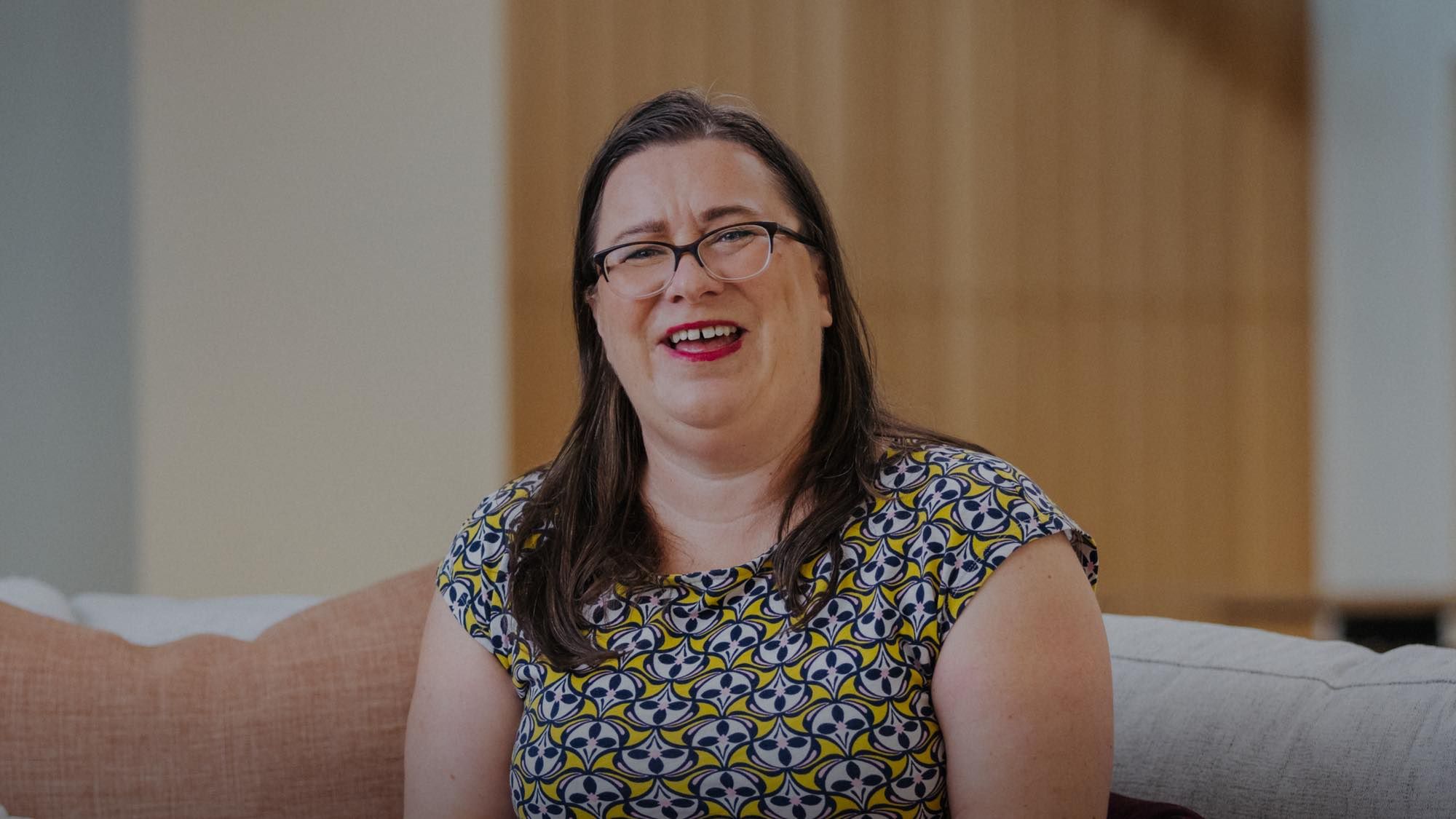 00:00:01 Edith: I'm Edith Harbaugh. I'm CEO and co-founder of LaunchDarkly. I'm here to teach you about category creation and how LaunchDarkly went from zero to thousands of customers. This is Founder Confidential.

00:00:18 Edith: So I started off as an engineer and I worked for dot-coms in San Francisco, and it was super fun. We were building software that was changing the world. The problem I kept running into though was we would build this really cool software that we would've stayed up nights, weekends. Like I remember sleeping at my desk when the bar shut down at midnight, and we were very smart people who were sometimes building the absolute wrong thing. You know, you could be technically correct but you could have something that nobody wants. And if you've spent nights and weekends working on something that you release and nobody wants it, it's very soul crushing. So I in typical engineer fashion decided that I would fix everything by becoming a product manager. Instead of building things that nobody wanted, I would be a product manager and figure out what people wanted. I got much more time with our actual customers in terms of figuring out what they wanted, but then I realized that my other aha moment was you can know exactly what somebody wants, but without marketing, you're still kind of stuck. And up 'til then I think I'd been the typical jerk engineer of, who needs marketing? Great products sell themselves. Great products do not sell themselves. Great products want you to buy AdWords. They want some banner advertising. They want a flashy box that people want to buy. And there's this whole world of marketing.

00:01:44 Edith: So I had this background then of building stuff, making stuff, like, figuring out what customers want, and then also the marketing side of it. From all that, I wanted to do it for myself. So I convinced my college friend, John Kodumal, who'd been an architect at Atlassian, to go on this journey with me. We both had the same problems over and over of controlling software releases, getting software releases to the right person at the right time, and a scalable system that would do that. So the aha light bulb moment for John and myself was what if we build this as a product? What if we give everybody feature flagging and feature management and make it super easy for everybody to use? So that's how we started LaunchDarkly in 2014. We said, this is a need and we feel like we're the right people to do it. Category creation is basically convincing people to buy or use a service that they haven't used before. Like Apple did a brilliant job of convincing people that they want on an iPhone. How do you take something which I think has a ton of value but that nobody knows about and make it digestible so that people want to use it? For LaunchDarkly, what we were convincing people is they wanted to use an external service for managing their features. And I think the thing we didn't really realize is how new this was. Like, we took it for granted that all software companies were using a lot of cutting edge techniques like feature flagging and continuous delivery. When we went out to market, we realized that even the core idea of what we were doing, the ability to push features out to different people at different times, the ability to do a progressive release to different regions to control that long-term was just not something that people even had on their radar back then. So we had these two separate problems. One was feature flagging and feature management as a category as something that you should do, and then even if you buy into that, that you should trust four people working out of a co-working space in downtown SF and allow them to help control your core infrastructure, which was really daunting.

00:04:01 Edith: But that's what creating a category is, is seeing kind of this wedge in a market where you can insert yourself and your company. Our first customers was absolutely brute force. If anybody expressed the slightest amount of interest, I would pounce on it. I was just very relentless, but I was relentless in a way where we were helpful. Like when we went on site, John, the co-founder and CTO, went and he would sit with them and watch them install it, and any sort of friction or rough edges we would fix. Those were our first customers. None of them were the best fit for us beyond that they were willing to take a chance on us. The really exciting customers we started to get I called the unaffiliated. So when I was trying to establish the category, one of the ways I did it was any conference that would take a talk, I would go give it. I think one year I did 20-plus talks everywhere from like Oslo to Australia. When we were around eight people, we gave our our first big talk at Microsoft Build, and afterwards, an Australia and guy came up and said, "I really liked your talk. "Would you give that same talk in Australia?" So I flew down to Sydney. I gave my talk about what LaunchDarkly was doing in terms of feature management, and afterwards two people came up to me and said, "We loved that talk. "Can we get a demo?" So I'm at this conference at one of those rickety conference tables. I give a demo and they both become customers. You know, the nice thing about software as a service is you can always be launching. The product that LaunchDarkly had seven years ago when we were getting our first beta customers is unbelievably primitive compared to what we have now. But it was that kernel of that early beta that gave us the momentum to get to where we are now. If we hadn't had that early version, which we just could get our first 10, our first 20, our first 100 on, we wouldn't get all the feedback to make the robust product that we have now. I think we have a very meta relationship because we use LaunchDarkly on LaunchDarkly.

00:06:10 Edith: It's easy for us to see what features are being used, what are being adopted, what are our customers asking for? I think that's been a real competitive advantage, too. We've definitely had companies that have tried to enter our space, but they don't use their own software. You'll have somebody who's a product analytics tool start rolling out feature flags, but it's not something that they've used in house. It's just them trying to attack it from reverse engineering it. Versus us, it's in our DNA. We're like, this is the way that we build software. And of course you always have to be careful there. Your customers might have different needs than you. We're I'd say a pretty successful company of hundreds. We support customers that have thousands of developers, so they're asking for a lot of delegated admin features and team of team features, which are far above the scope that we would use internally but is really necessary for us to build for them. I think the balancing between quality and rollout is our sweet spot. What we advise our customers to do and what we do in-house is find their friendly customers. There's usually some customers that are like, I just want access. Roll it out to them and get feedback. There's also customers who say, wait until this is absolutely rock solid. I'm at school and they don't want teachers to have things changing mid-lesson plan, or I'm a bank and the tellers need to complete transactions. So finding that balance between people who are eagerly seeking out new features versus people who say who are valuing stability and pushing features to them at the right time. I really love both the customers and the team.

00:07:53 Edith: There's customers who've been using LaunchDarkly now for four or five, six years, and they switch jobs and they want to take LaunchDarkly with them. They say, "I can't imagine doing my job without this. "I need it at my next role." That's just very gratifying, that we we're changing somebody's work life for the better. Enterprise software has this bad reputation of we hate using it, we're forced to use it. I think enterprise software can make our developers champions and heroes and enable them. In the early days I personally really struggled with self-promotion. I had been an engineer and I was used to saying we and being very deprecating about myself. That plays well in an engineering culture. And it was hard for me to pitch VCs 'cause I just expected them to know a lot of things instead of me telling them. So I just thought they'd know that, like, I have these patents on deployment. I was a very successful product director at TripIt. I was one of the reasons we launched TripIt for Business, which helped Concur decide to acquire TripIt. And I just thought people knew this and it wasn't worth bragging about, and it was hard to get used to doing it, but it helped. And there's always this balance. You don't want to just drone on about yourself, but it is just helpful to give people that context about why they should be interested in your company. Give them a reason to buy from you.